¿WHY IS GAY A DIRTY WORD? 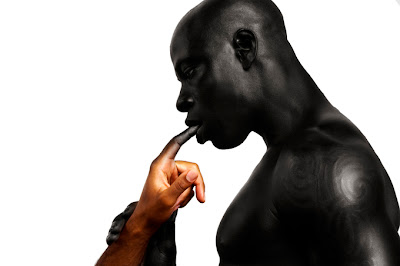 There is a real need for us as a GAY community to RE-ESTABLISH ourselves, RE-ESTABLISH
the basis for who and what we are as a humans as well as RE-ESTABLISH where we are going. In
these times we have to recognize that we stand on the shoulders of those who
have walked this road before. They had clarity about who and what they were
before epidemic of HIV/AIDS destroyed
the community; and it is up to us to pick up the mantle and forged ahead. Do
you remember that childhood rhyme sticks and stones may break my bones but
words can never hurt me? Well that is true, only it is the TOTAL opposite for us. We have been wrongly socialized to think
that words could not hurt and therefore have not paid enough attention to words
and symbols and have left us defenseless to the continuing emotional assault on
our psyche and spirit that is unleashed by the power of the word GAY. We have to decode our homophobic environment
and untangle the deep web of lies AND
untruths that has kept down for SO
long. By manipulating AND directing
the mental perception through word redefinition, the masses benefited from demonizing
AND scorning the lives of SO many GAY people. For as long as I can remember, they have sought to
create an ever expanding HETERO reality
OR world. They were only able to
accomplish this through giving birth to FEAR
that is considered GOD’S LAW. Nonetheless,
I say we can RECLAIM the TRUE beauty AND meaning of being GAY.
The nature of homosexuality
and the people who are GAY are vast.
Homosexuality is what links us as ONE humanity.
It also connects us to the ONE universal
consciousness that many call God. I read somewhere that communications between unequal people in society can NEVER be equal AND the language interaction between GAY AND STRAIGHT folks within the existing of the sexual order is essentially
unequal. Society interacts with us from a functionally superior position AND we
respond to them from a socially inferior position. Even as I write this society
is telling GAY people what to do in ALL
aspect of their lives. So by redefining the meaning of GAY AND STRAIGHT we can CHANGE
the way things are. Why we continue to engage in senseless word games around
whether we should be calling ourselves GAY,
HOMOSEXUALS, PANSEXUAL, TRI-SEXUAL or the MANY other names in the sexuality handbook defies time AND circumstance given our power as human
beings. It was precisely because of this; society REDEFINED key terms such as GAY
so that we would NOT realize the
power of HOMOSEXUALITY. Rather than
continue to define ourselves according to misrepresentations and falsifications
within society, we should go back to the source of our own humanity and see
what we called ourselves before opinions AND
fear took over this planet. As GAY
people we should ALWAYS seek to
aspire to the TRUTH when it comes to
matters as critical to the future and survival of the community…THE WORD GAY REPRESENTS OUR RIGHT TO SHARE
IN THE BOUNTY & BEAUTY OF A WORLD THAT IS SO VAST & DIFFERENT. THE FACT
THAT THIS WORD IS SEEN AS SOMETHING BAD SHOWS THAT THE WORLD IS AN UNSTABLE
PLACE FOR US & THAT NEEDS TO CHANGE. IN ORDER TO UNDERSTAND WHY SO MANY OF
US ARE STRUGGLING FOR SURVIVAL, WE NEED TO LOOK DEEP WITHIN OURSELVES &
FIND THE ANSWERS. WHILST MOST OF US GET INTO EMPTY DEBATES ABOUT OUR SEXUALITY
WE MUST REALIZE THAT NO CAN RIDE OUR BACKS UNLESS IT IS BENT & THIS IS SUCH
A SIMPLE PROFOUND TRUTH…IF ONLY WE COULD GRASP THAT WE ARE NOT CURSED BECAUSE
WE GAY, THEY CURSE US WE HAVE SOMETHING SPECIAL, REAL & HONEST INSIDE OF
US…
at October 15, 2008

Email ThisBlogThis!Share to TwitterShare to FacebookShare to Pinterest
Labels: JUS TELL ME 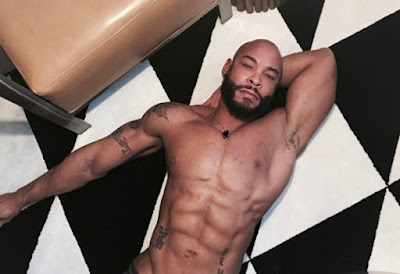